In addition to writing about what I learned from the Sherpas in Nepal, I often write on TheSherpaPath.com about people in the West whom I have come across and I believe have a Sherpa-like quality, which we can learn from. Serena Williams is one of those people. I had the honor of meeting her at the Sports Illustrated Sportsperson of the Year award ceremony last year.  We then spent more time together on set for the production of two TV shoots for MINI featuring Serena.

Serena Williams just won Wimbledon for a historic 22nd Grand Slam title (tying Steffi Graf). And in the same day she won the Doubles Championship with her sister Venus.  Impressive to say the least.  Serena has a passion on the court that allows her to tap into a level of power that often overwhelms opponents. In the documentary “Serena” we learn that she has access to a “switch” that she can “turn on” when it is needed in a match.  This is the intensity switch that ignites a new level of power for her to perform.

Serena has talked about feeling pressure as the historic Grand Slam count approached the record. While none of us can understand the pressure that a world class champion feels as they approach a milestone in front of millions, in business and in life we can all learn something else, equally important from Serena.

Being a tennis fan and weekend player, I was a bit nervous when the opportunity arose to volley with Serena on set during our most recent commercial production a few weeks ago. The behind the scene footage required Serena to hit quick volleys and not only was I willing to “do what was needed for the job” but I quickly changed into all-whites for the three minute hitting session (after all, Wimbledon was her next tourny to prepare for).

I didn’t expect Serena to tap into the intensity that she shows on the court when we hit back and forth.  And thankfully for my ego and rib cage we hit simple, steady volleys.  But, what surprised me and I believe is Sherpa-like is that Serena can still be child-like in her enjoyment.  It can be seen in Serena’s smile. It’s this combination of tenacity and warmth that is unique and that which we can learn from.  It takes perspective to right-size a situation and a level of self awareness to know when to enjoy oneself.

Having the ability to turn on the intensity and then to enjoy the fun is something I can struggle with at times. But, not that day. I was completely present and enjoying every moment. When we were done hitting I reverted back into my MINI marketing role making sure that we were getting the shots we needed for the ad, (after I changed out of my tennis whites into regular business clothes). The smile hasn’t left my face. 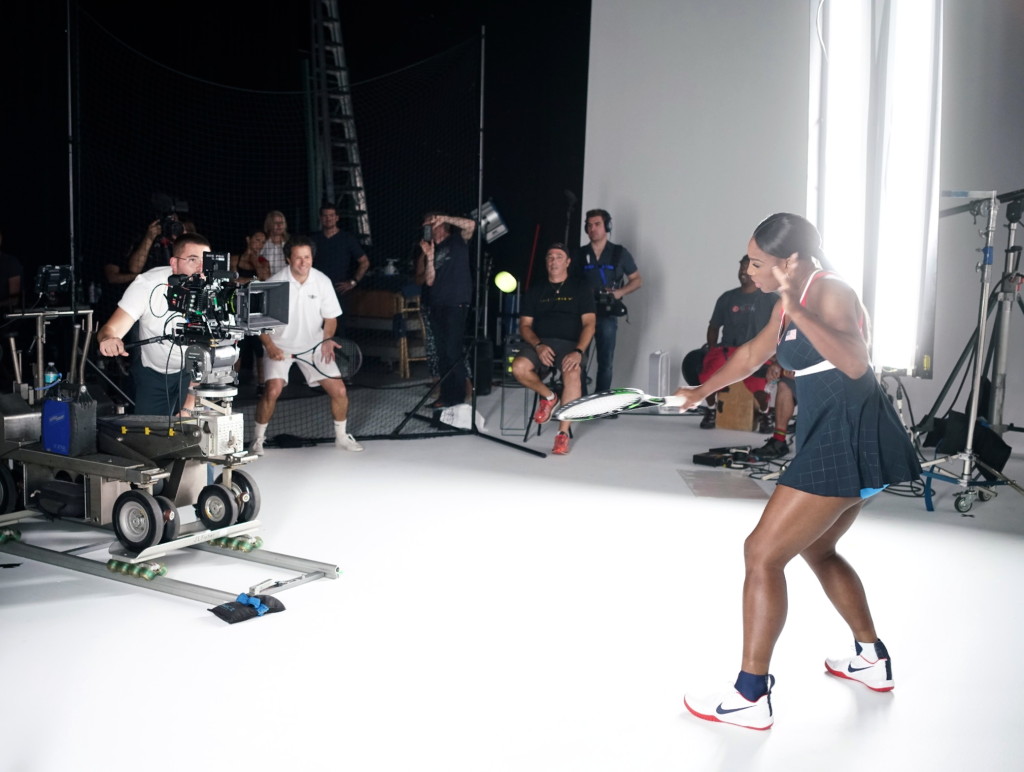 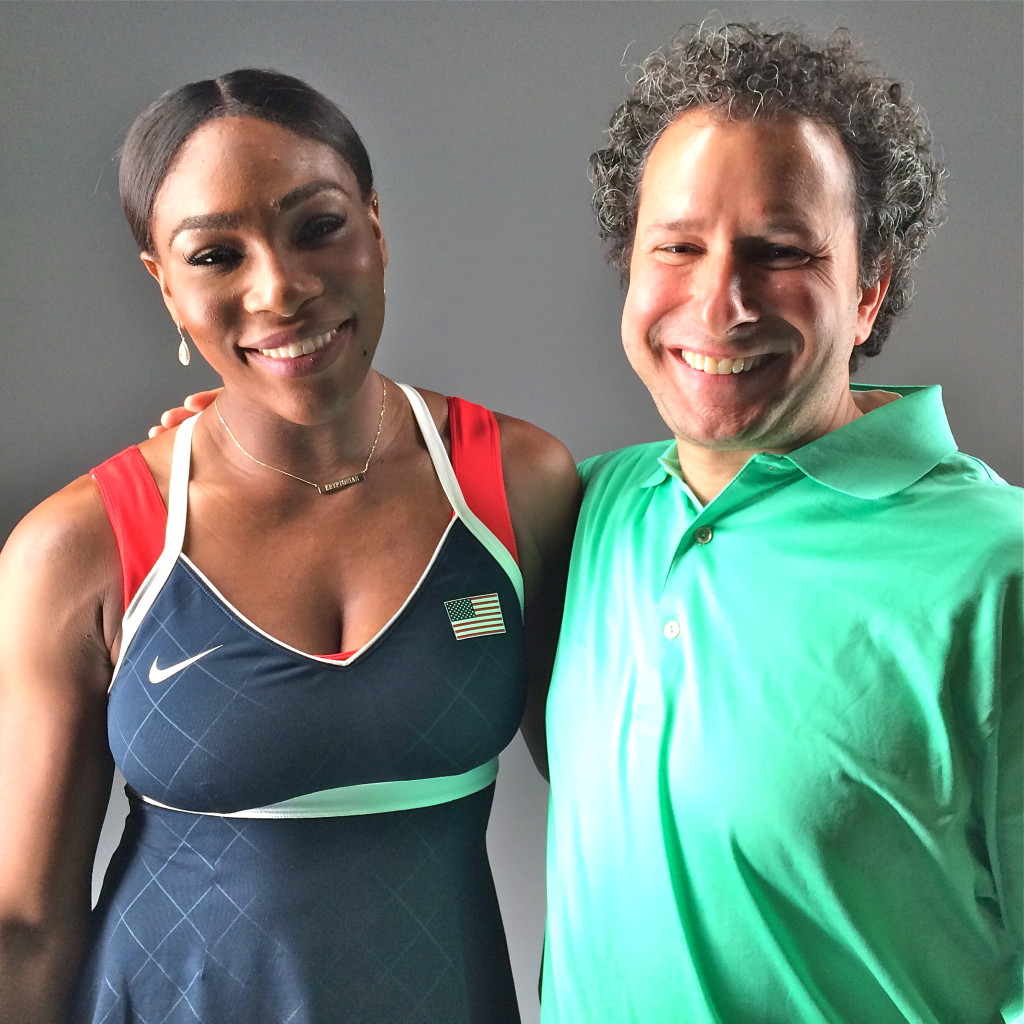